Mitchell G. Kuhn is retired, living life to its fullest in an active adult residential community in Oxford, Connecticut. Aside from writing “The Sound of Sirens” and his previous novel, “Chaos reigns during the presidential election”, he spends his weekdays doing nothing and on weekends he rests… NOT REALLY. His days and evenings are filled with both physical and mental activities. Then socializing until the cows come home with so many friends, that he has a hard time remembering all their names.

As a young man he worked on and/or managed political campaigns for both Democrats and Republicans.

Although not affiliated with any party, Kuhn served on several boards of political organizations and was appointed to numerous management positions within the New York City government. To this day he is an avid observer of our political system and its practitioners.

He earned a BA degree in History and Political Science, and an MBA in Hospital Administration. For nearly a quarter of a century he was the Executive Director of the First District Dental Society of New York. Kuhn also was an Adjunct Associate Professor of Community Health and Health Administration at Long Island University Graduate School. 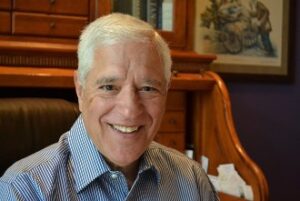 You can E-Mail Mitchell Kuhn at [email protected].